Why Fibion detects sitting and physical activities, while wrist- and waist-worn devices fail? 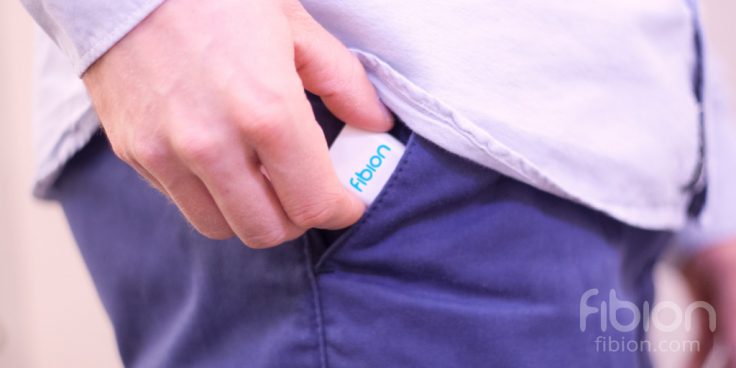 Why Fibion detects sitting and physical activities, while wrist- and waist-worn devices fail?

We get asked often how Fibion can detect different activity types just with a device you wear in your pocket. We tell that it is based on a neural networks analysis that takes into consideration magnitude, frequency band and patterns of acceleration in three-dimensional space. Well, that doesn’t help too much if you don’t have mathematics and physics as a hobby, so here is a blog post that explains why Fibion detects different physical activities much more accurately than other physical activity sensors.

The key is the wearing location: Fibion is worn on the thigh, and the thigh is at a different angle during sitting and standing and is moving differently during physical activities, like walking and cycling. Therefore Fibion can accurately detect these activities, whereas wrist- and waist-worn sensors fail. Let us explain why.

Physical activity sensors are worn on different body parts to estimate the whole body movements. Typical sensor placements are waist, wrist or chest (heart rate monitor). Fibion is different from these typical sensors because it is worn on the thigh, which makes it more accurate to measure different physical activities and their energy expenditure.

How Fibion knows which activity you are doing?

Fibion Device is a 3D accelerometer. In other words, it measures the acceleration of the sensor in three dimensions. Because gravity is always directing downwards, the algorithms inside the Fibion Device always know in which position the sensor is compared to gravity.

When the Fibion Device is held correctly in the front pocket of trousers at the center of the thigh, or in a leg strap in the same location, the orientation of the Fibion Device tells in which orientation the thigh is. In addition, the movement of the Fibion Device tells how and how intensively the thigh is moving. In different activities, the orientation and movement of the thigh present certain distinct patterns, and Fibion Device detects these patterns to interpret what activity you are doing and on what intensity. Several other sensors estimate movement intensity based on the measured impact of the device (not movement pattern of the device). This may cause problems e.g when measuring children or elderly, whose impacts may be less intensive than in adults, and therefore the intensity is underestimated.

How accurate is Fibion Device in measuring different activities?

The activity recognition algorithms inside Fibion Device have been validated in laboratory conditions. Healthy adult participants were doing a pattern of pre-determined activities while wearing two Fibion Devices: one in the pocket at the front side of the thigh, and one in leg strap in the same position. At the same time, their activity patterns were videotaped to be able to compare the measurement output of the Fibion Devices on this reference video. The validated activities where sitting, standing, walking, cycling and running in different domains and intensities (table 1). To analyze the validity of Fibion Device, the output of Fibion Device and video-analysis were compared as follows:

TABLE 1. The sensitivity of Fibion Device for validated activity classes.

Based on these results, the sensitivity of the Fibion Device is 92% when worn in the front pocket, and 96% when worn in thigh strap, in these validated activities. In other words, the Fibion Device classifies on average more than 92% of the activity time correctly. Because normal daily life includes mostly sitting (sensitivity 95,1% and 100% for pocket and thigh device, respectively), in real life conditions total time in correct activity classes is much higher.

Fibion Device classifies on average more than 92% of the activity time correctly.

Common problems in activity classification arise when the Fibion Device is worn in wrong position, e.g. on the side of thigh instead of on the front center of the thigh, or when there is considerable external noise in the signal, e.g. when driving in a car on a bumpy road. In these cases, the output of the device does not match the detection algorithm and the activities are classified incorrectly. In addition, it is important to note that the detection algorithms can detect only the position and movement of the device. This is why on some rare occasions, for example, stair climbing can be detected as cycling because the position and movement of the thigh are similar in these activities in some individuals. Also, Fibion device is not capable of detecting if someone is using external weights, for example at the gym. In these cases, Fibion detects movement of the legs but the intensity of the movement is underestimated.

Wrist-worn accelerometers are the most common consumer devices. Wrist provides a convenient and visible place for a gadget but from the measurement point of view, it is far from being optimal location. The wrist-worn devices detect the activities you are doing based on the movement and position of your hand. For this reason, every movement of your hand is detected as an activity, and when your hand is not moving, it is detected as no activity. In some occasions, this increases the error of measurement considerably. For example, when you are working on a standing desk, your hand is in the same position as if you were working in a sitting position. Thus the wrist-worn device tells that you were sitting and underestimates your energy expenditure.

Another common mistake arouses during cycling. During cycling, your hands are pretty much stationary, although your legs are doing a considerable amount of work. Again, the wrist-worn device tells that you were not active based on the lack of movement of your hand, and underestimates your energy expenditure. Further, in several daily activities, your hands are moving considerably, although you are otherwise very passive. Some common situations are writing or washing dishes. The energy expenditure of these activities is very low, but a wrist-worn device interprets these movements as very active based on the movement of your hand. Similar difficulties concern waist-worn devices, as shown in figure 1.

So all in all, if you are looking for a cool multipurpose gadget that will promise a lot but deliver considerably less in terms of measuring activity or energy expenditure accurately, go for wrist-worn activity trackers. They are good reminding you of being active and provide some basic variables rather well (mainly steps). But if you want information that is accurate, relevant and truly can help you get different aspects of your daily activity behaviour to support your health, we would recommend assessments with something more accurate, like Fibion. 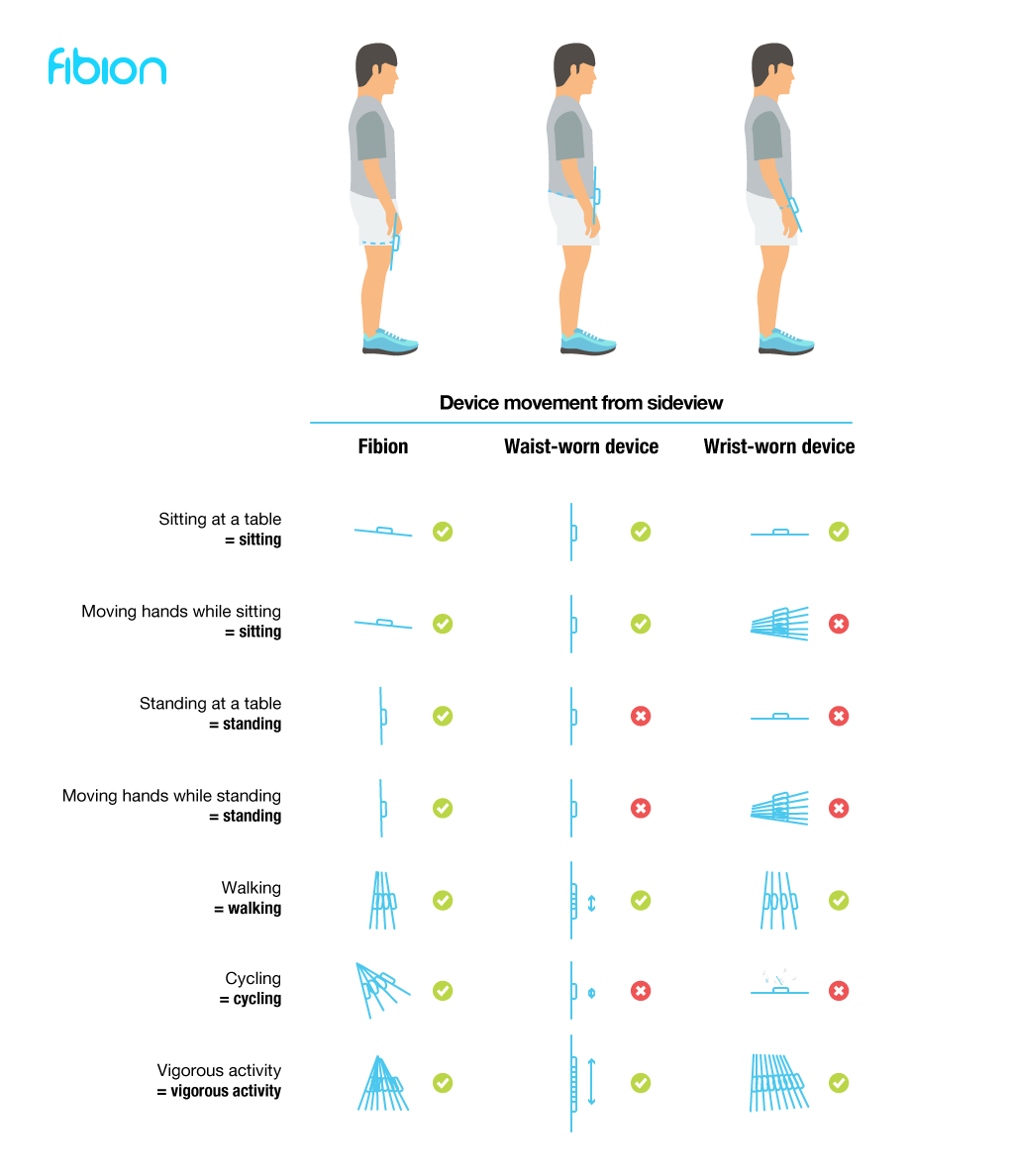 Figure 1. Fibion is the most accurate sensor to detect sitting and physical activity types, because it is worn on thigh. 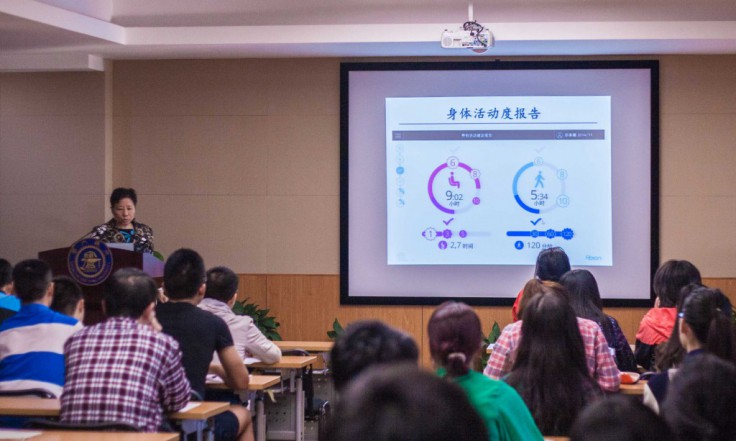 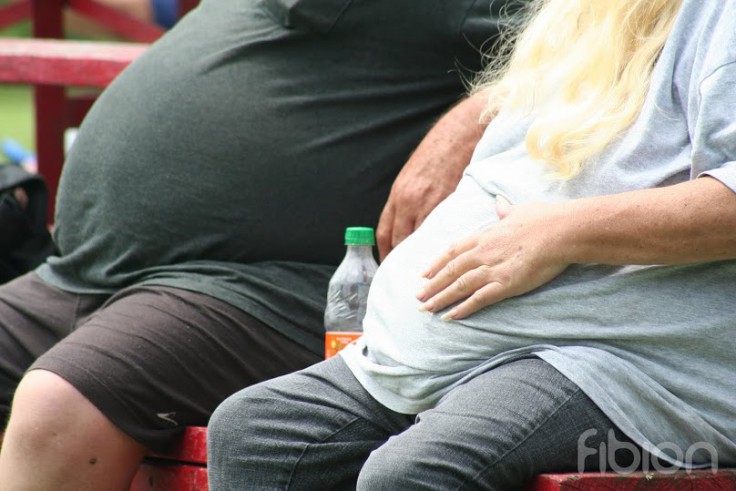 The scary #truth about sitting is not a #fairytale, it is #scientific fact: Our changing society has made #sitting #deadly. 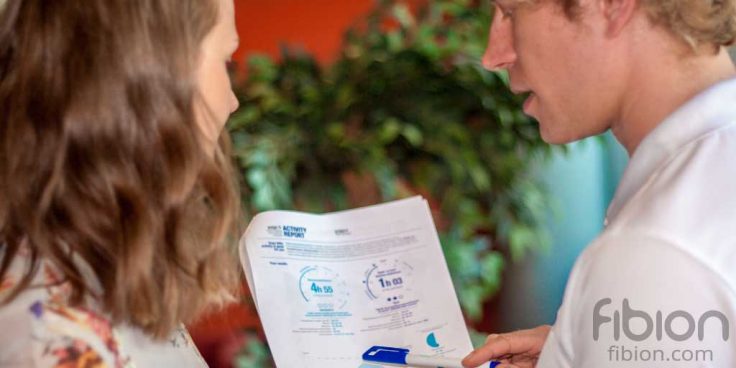 Why Fibion is the most accurate sensors to measure energy expenditure of daily activities?